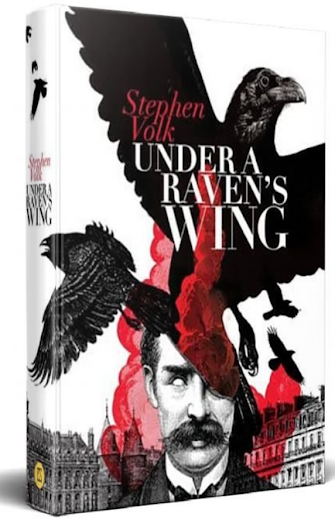 First thing to do is thank PS Publishing for sending me this as a review copy.  It truly is a thing of beauty. As you'll notice when you scroll I've even included pictures of the artwork on the inside.
The designer Pedro Marques deserves a special mention for his work here.  It is a fabulous looking book.
Is the meat of the book worthy of such an amazing looking skin? The answer is "hell yes!"
I'm not a great fan of mash up fiction in general. It normally feels gimmicky and not particularly imaginative. However, this book shows how it should be done.
It's a collection of seven novellas (two previously unpublished) featuring Sherlock Holmes as a young man, training with his mentor in Paris.  His mentor is none other than C Auguste Dupin, the original master detective created by Edgar Allan Poe.
Of course, even in the Sherlock Holmes reality, Dupin was a fictional character and is referenced in at least one of Doyle's original stories is handled in a brilliant and unexpected way. 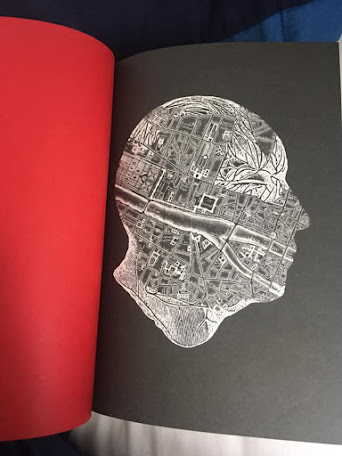 These are told from Holmes' point of view in a series of manuscripts sent to Lestrade. With  Holmes as the apprentice to Dupin, this puts him firmly in the Watson role in these stories.
With the very strong Poe influence, these stories are very much horror stories as much as they are detective stories. Other influences that appear are Jules Verne, Victor Hugo, Gaston Laroux  and others.
The research that's gone into these stories is obvious.  There are many Easter eggs for fans of the original Poe and Doyle stories. Origins are given for some of the more famous attributes of the older Holmes. Not having read widely in the original Conan Doyle stories I feel like I've missed out on several in jokes, but I picked up on enough to appreciate the love for the source material.
There are scenes in this book that I found frankly terrifying - particularly in the Three Hunchbacks story. Those who've read it will know the scene I'm talking about.
Volk's prose suits the voice you'd imagine Holmes to write in. There's a humanising element of self doubt and fallibility, as you'd expect since he's the apprentice this time around and learning his craft from the master.
If I was to make any criticism of the book, I would just say that the Celestine Blot story should maybe have been the fourth or fifth story because something that happens in it seems to place it later in the timespan. But that's a very minor matter and the stories are in the order they're in because that's the order they were first published.
To conclude, this is a great collection from a great writer.  This is how mash-up fiction should be written, intelligent, witty, intriguing and well thought out and researched.
Avaialble through PS Publishing
https://www.pspublishing.co.uk/under-a-ravens-wing--hardcover-by-stephen-volk-5170-p.asp 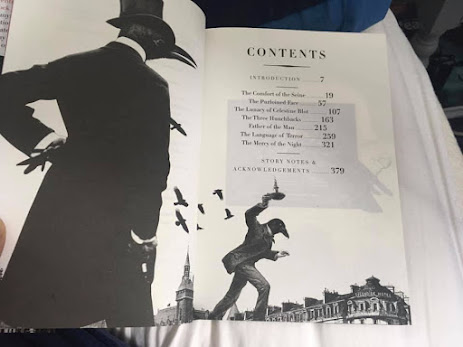